ULSD fuel exhibits low conductivity due to the removal of the naturally occurring conductive polar species during the hydro-desulfurization process. This process can lead to increased risk of electro-static ignition of ULSD fuels. 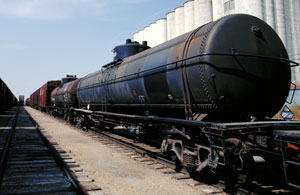 A number of conditions are known to increase the risk of static discharge. Switch loading is the practice of loading diesel fuel into tank trucks previously containing a high volatility fuel, such as gasoline. This practice can create a highly hazardous situation. A single static discharge from the electrically-charged diesel fuel can ignite the gasoline vapor, causing an explosion.

MCC has developed anti-static additives designed to dissipate the electric charge build-up in ULSD fuel. The products are designed to work at very low dosage (typically 1-5 ppm) and at the low temperatures typically encountered in the northern part of the United States and Canada during the winter.